Skip to content
WHOtheFisJC Invasion at Smackdown in Detroit!

WWE Smackdown LIVE rolled into Detroit this Friday and put on a good show! Great matches by New Day w/Braun Strowman, the Miz vs. Daniel Bryan vs. King Corbin, plus an incredible appearance by ‘the Fiend’ Bray Wyatt along with a bonus New Year’s Eve prerecorded match of Roman Reigns vs. Dolph Ziggler that will air on Steve Harvey’s New Years Eve countdown. 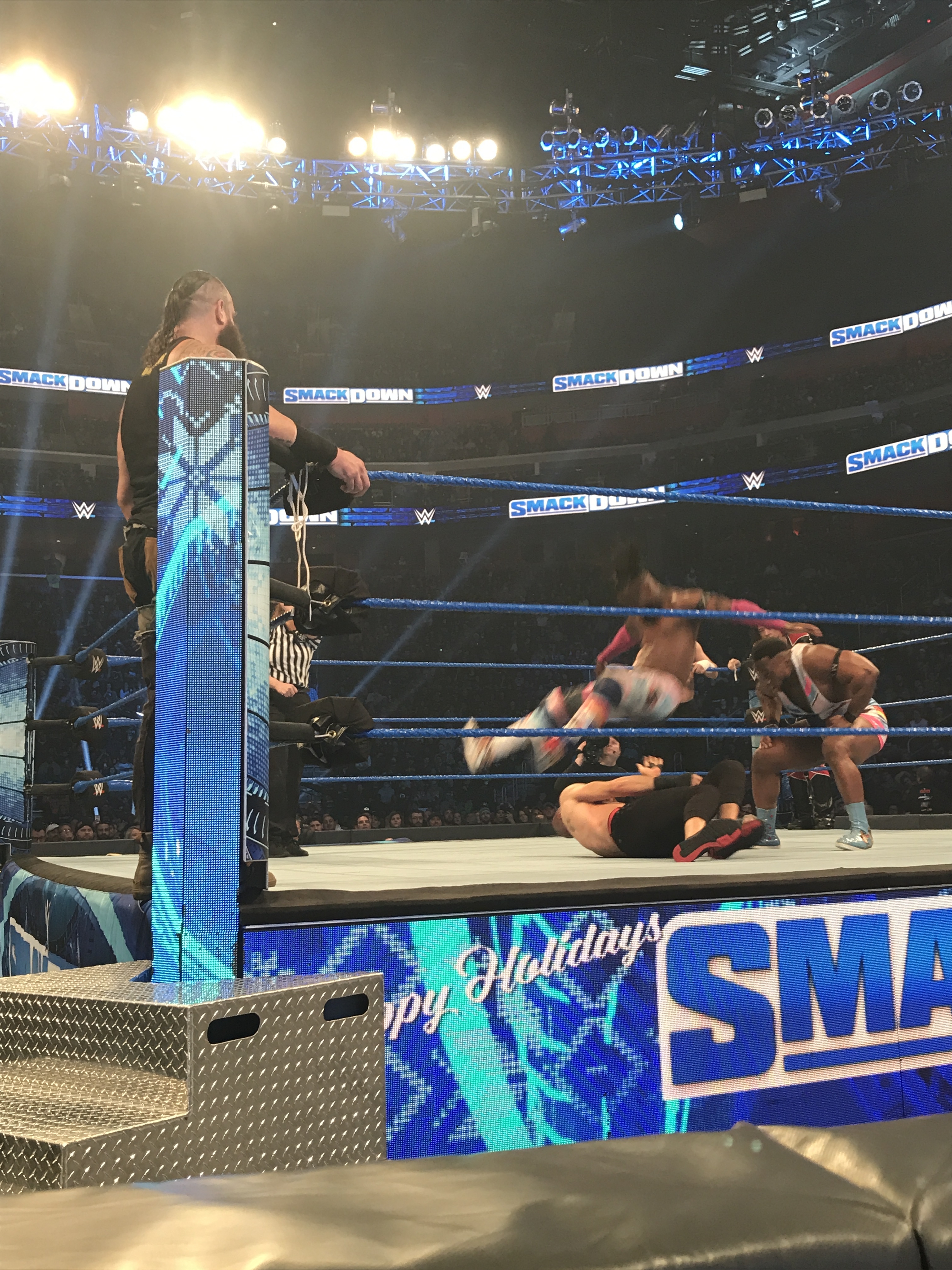 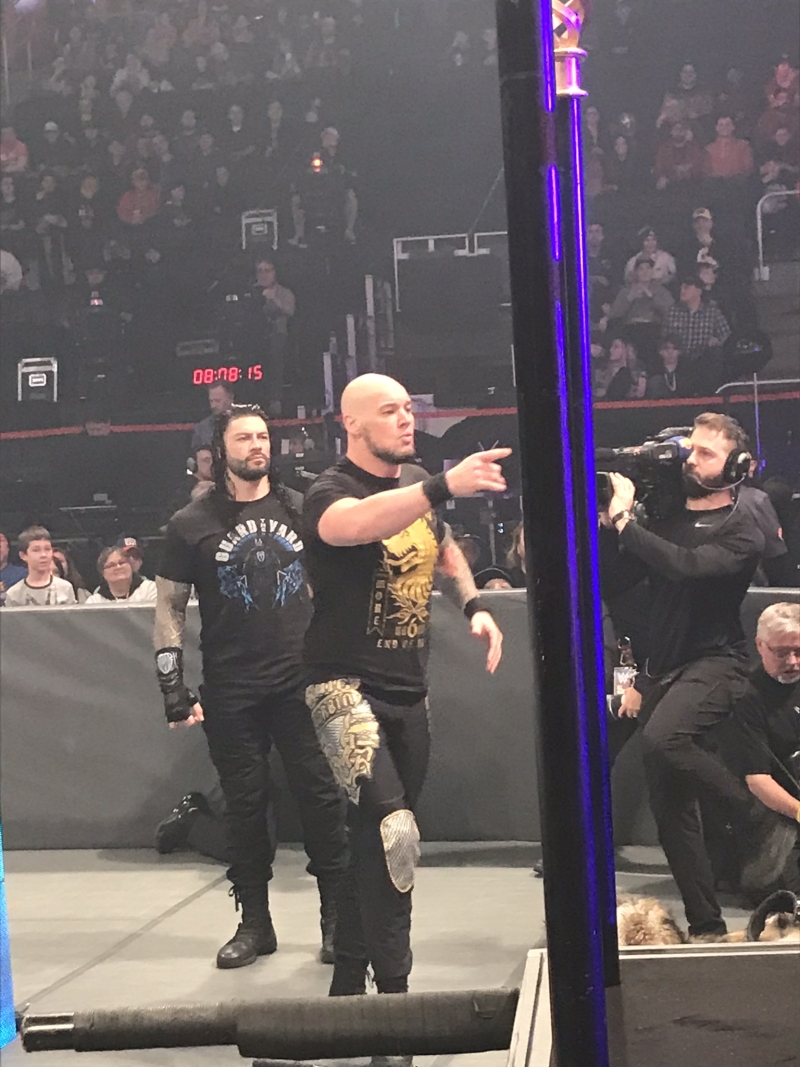 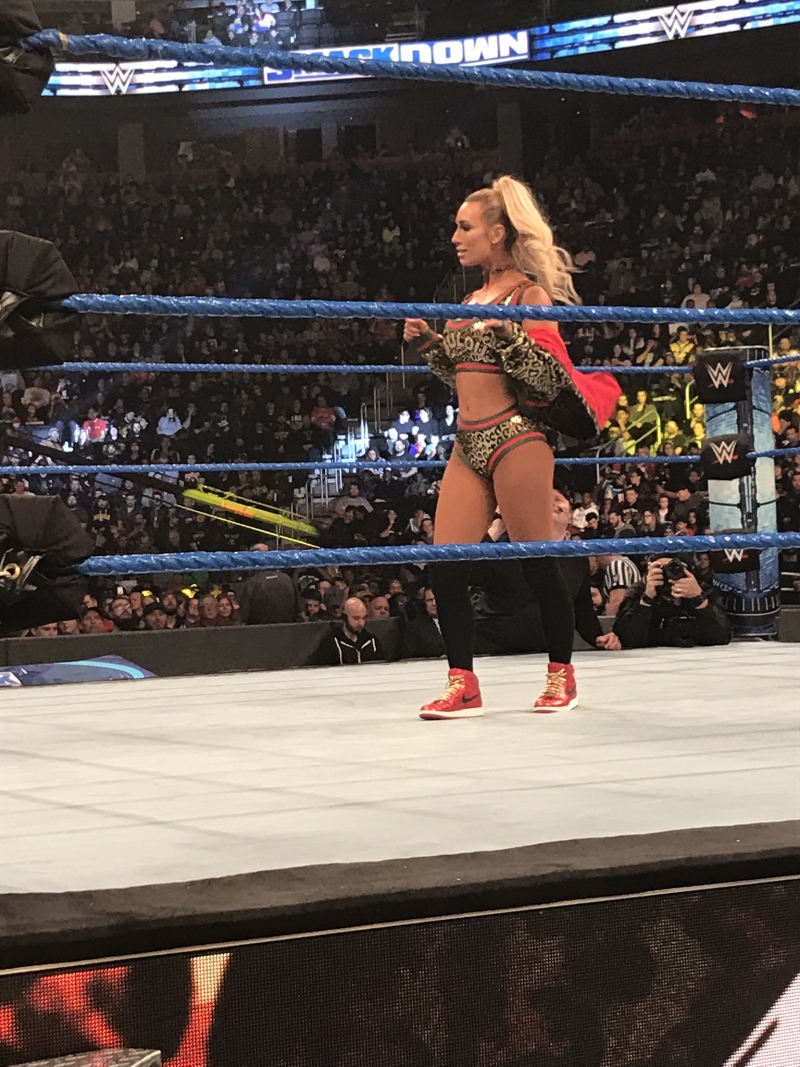 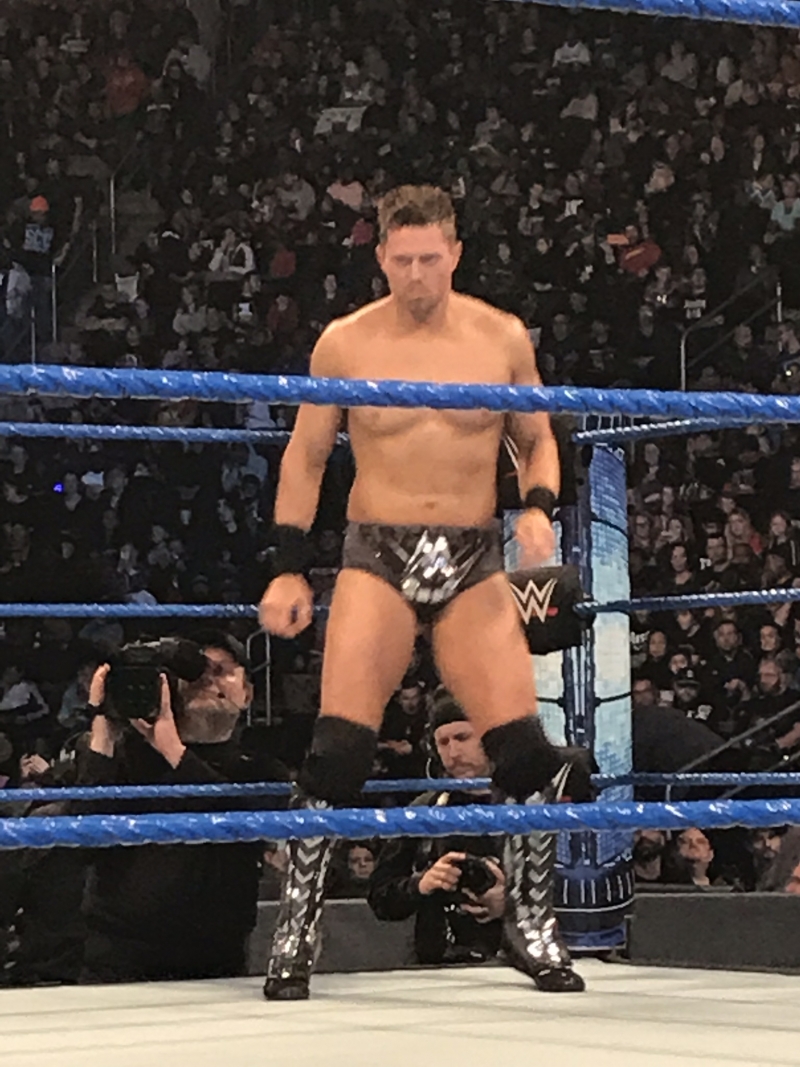 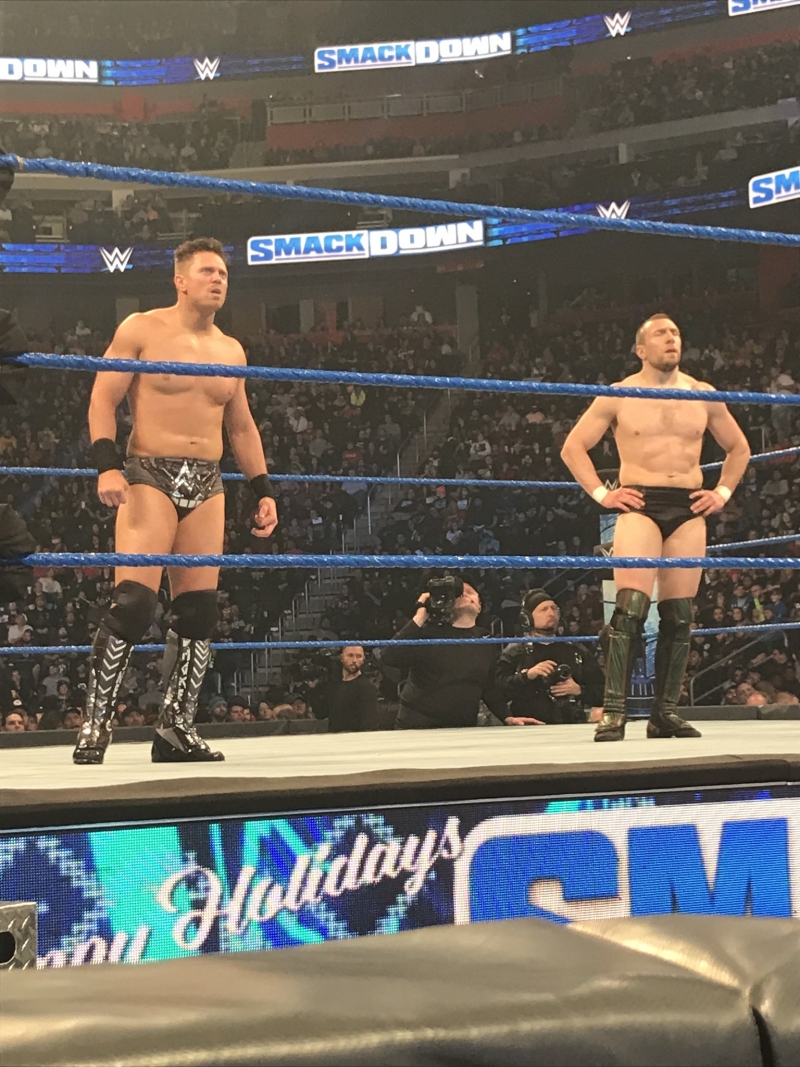 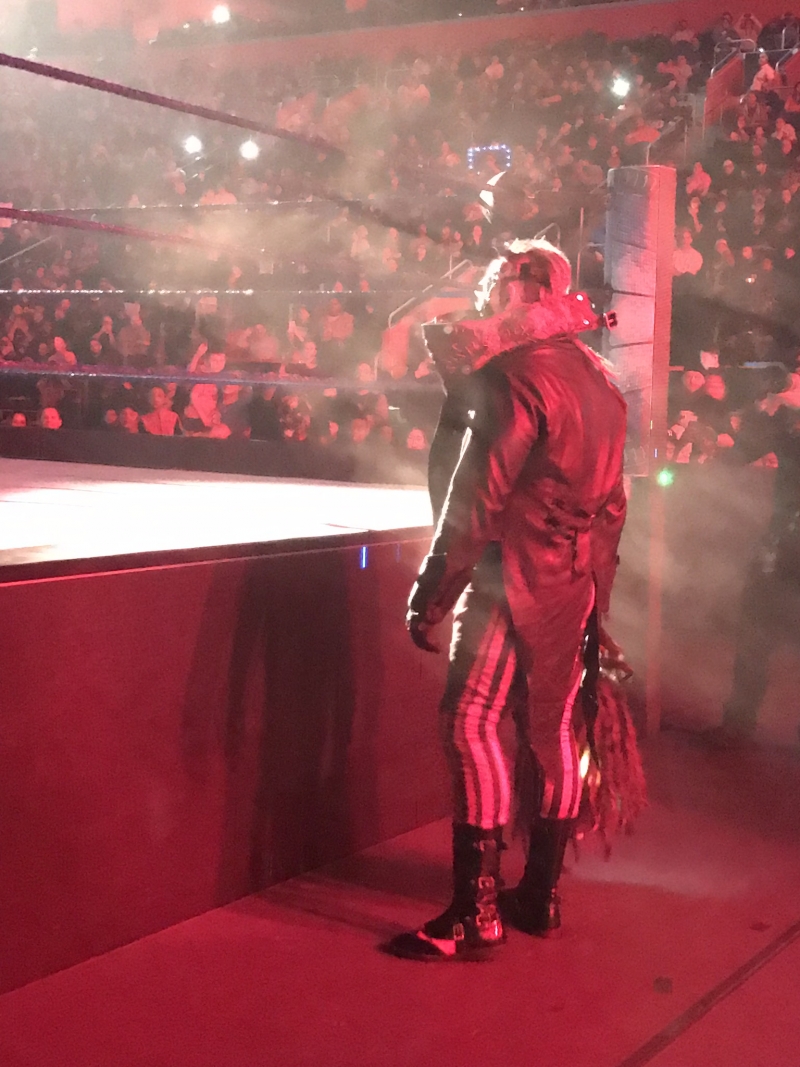 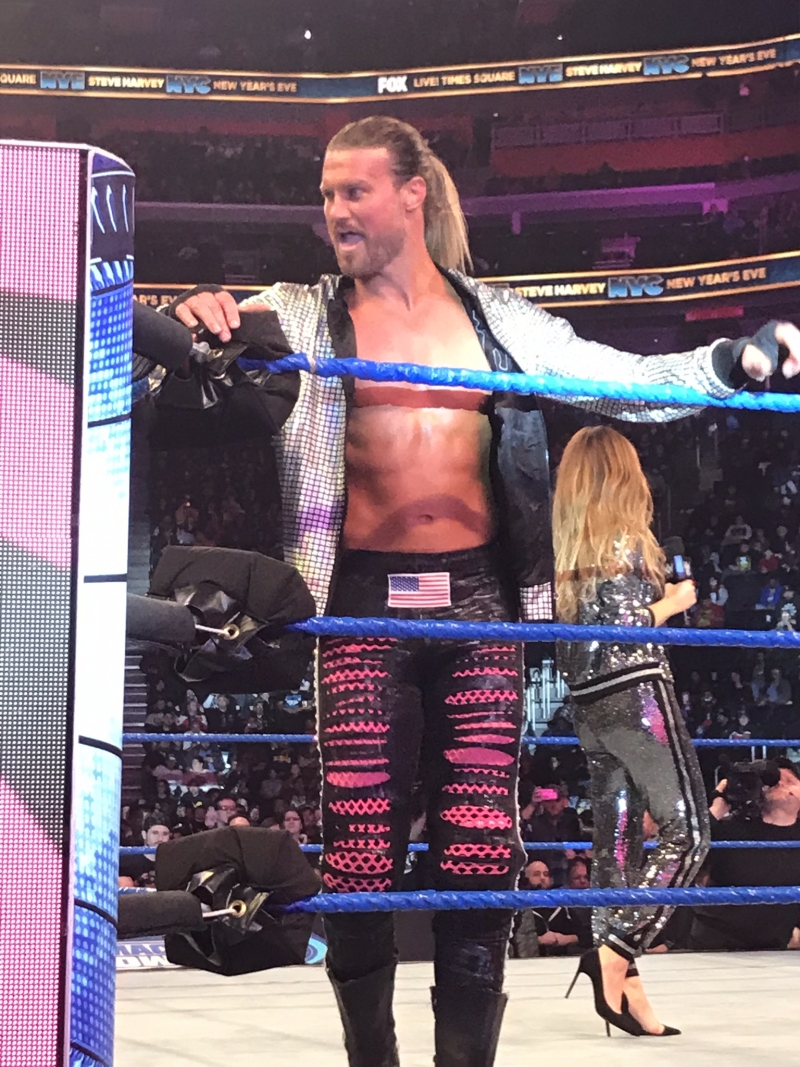 The whole show was a blast.  We had a good crowd around us and a lot of action took place outside the ring right near us.

I brought along my giant cardboard head from Royal Rumble and managed to get my big dumb face on national TV as well as the Dave and Chuck the Freak catch phrase “Prepare to Peg!” You can see me in the video below to the left of the screen during this celebration below.

Here are some shots followers on twitter captured of their TV’s!

Here are some shots from other people in the crowd that noticed the giant bouncing face!

But the icing on the cake of the night was the appearance of ‘the Fiend’ Bray Wyatt! I’m not sure how much of his appearance/encounter with Daniel Bryan made it onto the FOX broadcast, but I captured the entire thing from entrance to exit.  Check it out below!!