Skip to content
I think I’m a Meme Now…

A twitter follower named ‘bathrobe joey’ (@joey2chill), was scrolling through Reddit and discovered this handsome hunks averagely tanned and toned body was being featured in meme someone created poking fun of PUBG (Player Unknown’s Battle Grounds) for players dropping into battle in thier underpants.

@WHOtheFisJC scrolling through Reddit and see you as a meme 😂 pic.twitter.com/wxCWuHQmOh

Here’s the actual Reddit post on the r/callofdutymobile subreddit. Please feel free to check it out, up vote (or down vote if you want to be a dick about it) and comment a “WOWABUNGA” … or don’t. Some of the comments are pretty entertaining.

At least we’re not thrown out of the plane naked here. from CallOfDutyMobile 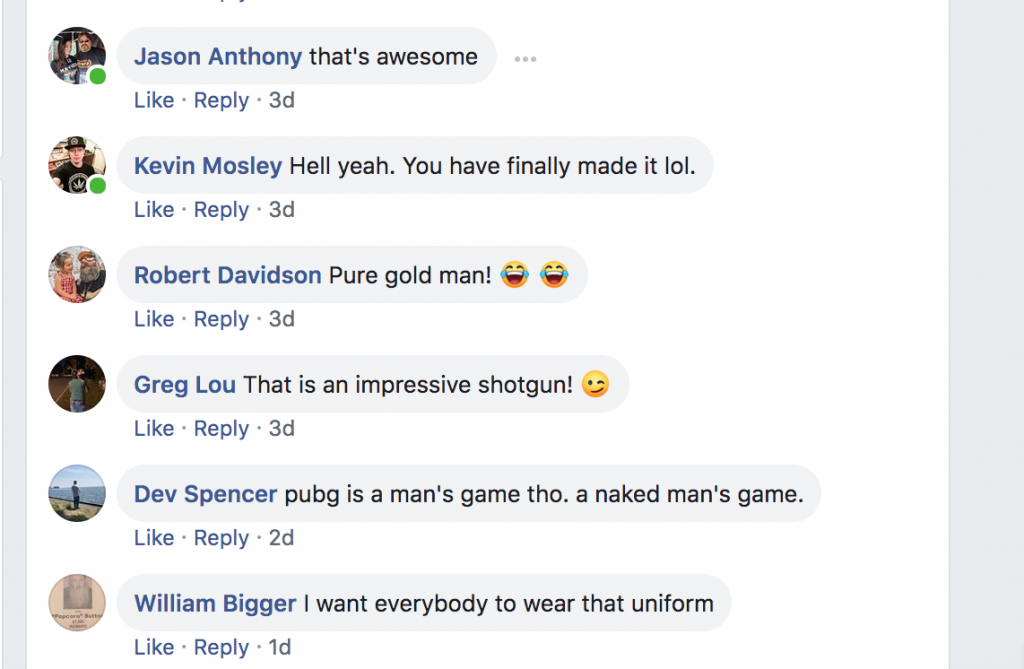 Now if you’re worried about getting busted by your bros for meat gazing at my awesome package, don’t fear…

Just tell them what you were really admiring was the “impressive shotgun” I was holding.

Which is what I think happened to one Facebook follower!